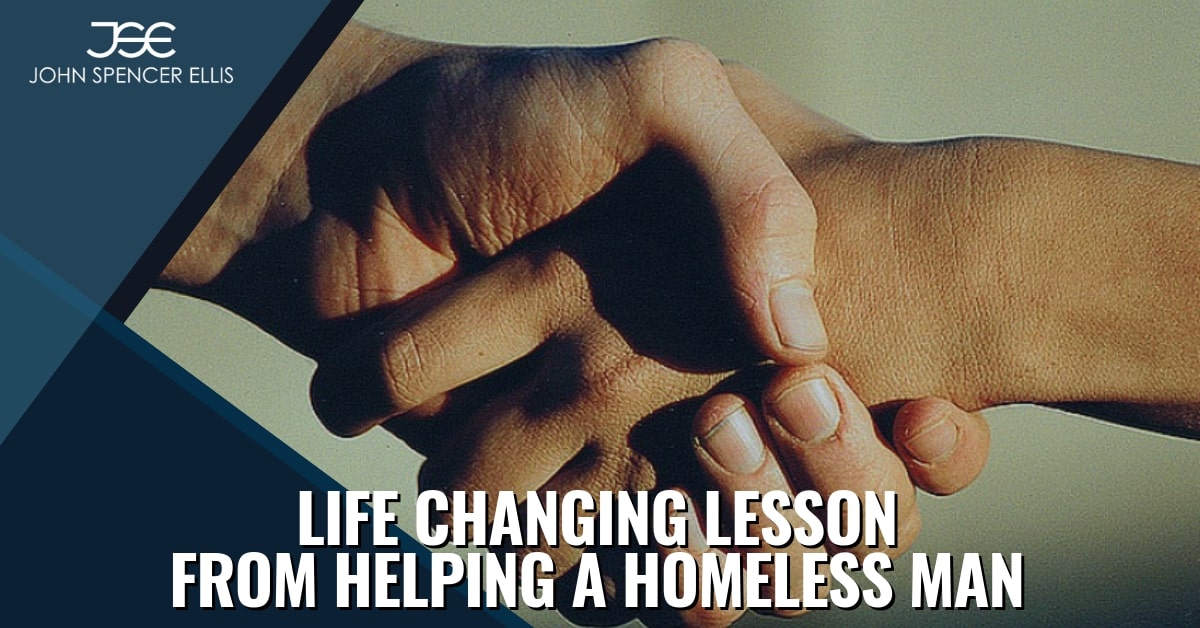 Sometimes it’s the simple things that make a profound influence on you.

Last night, I was leaving a store. It was dark outside. I saw a sleeping bag and a backpack near my car. Then I saw the blonde hair of a young man who was sleeping inside the sleeping bag.

I asked him his name, and I told him mine. I shook his hand.

I asked how he got down on his luck. I personally don’t prefer the term “luck” but I know he would understand what I meant. He said, “It’s a long story.” I didn’t want to pry, so I just offered conversation. He said he had been homeless for 4 months. We spoke for 10 minutes or so as many people just walked by us without as much as a glance.

I asked again if he needed anything. I told him I would go grocery shopping for him, buy him clothes at Kohl’s, or get him anything he needed.

And then I asked this… “If there was anything that you needed, what would it be?”

He finally said he needed the “block” that the iPhone charger snaps into which then goes in the wall socket.

I literally just put that exact same iPhone charging “block” in my car 2 hours prior. How cool is that?

So, I went to my car and gave it to him.

Think about it… That block is no more than 1×1 inch square, and it made him smile. Sometimes it’s the small things that make the biggest difference.

Then, I asked him what he had to eat. He said he had a bagel for the next day. The guy was already rail thin, and that’s not much food. So, I gave him enough money for food for 2-3 days.

So, what is the life changing lesson here?

For me, I’ve learned to pause long enough to understand people better. I’m not perfect at it, but hopefully getting better.

I’ve felt frustrated at times when people beg for money when I’ve worked so hard my entire life. Yet, I’m sure most of them would prefer to earn an honest day’s wage.

There have been many times when I have also walked past homeless people without much of a glance.

There have also been many times when I’ve offered money without being asked.

However, what I’ve found most rewarding is giving these people your time and attention.

I think all too often homeless people feel marginalized, alienated and even invisible.

When you can, take the time to stop, acknowledge and have a sincere conversation with a homeless person. Yes, money and food will certainly help them. Yet, showing you care by taking time with them is helpful to them, and it will be incredibly enriching to you.

I want you to experience that incredible feeling of service and “being human” as I did last night. It’s simple and important.

It was awesome… and all of us can do it.